Where & How to Best Apply Estrogen Patches

Sometimes knowing how and where to stick an estrogen patch is the trickiest part.

Estrogen comes in patches, as some of you may know. They work by delivering small, steady amounts of estradiol through the skin during the time the patch is on the body. But because estrogen patches are attached to the skin with adhesive, there are a few small challenges with keeping them attached and working.

Estrogen patches only go up to a certain dose, so, many times, increasing the dose means using additional patches (usually up to a maximum of four patches at a time). For those who are using twice per week patches, that means going through eight patches in a week, or 24 in a whole month!

Some estrogen patches are changed once a week, while others are changed twice a week. Either way, patches can still pose a few problems when it comes to adhesives. But we've got you covered with a few ways to make it a little easier.

Where to apply estrogen patches depends on what feels best to the person applying it.

Estrogen patches stick best when placed on clean, dry skin on a relatively flat area that doesn’t tend to sweat heaps or have a tons of dense hair. It’s also best to avoid any bony or bendy areas like an elbow or a knee.

Belly, back, or upper buttocks: on areas that can be reached, and don’t go under where a waistband might hit. 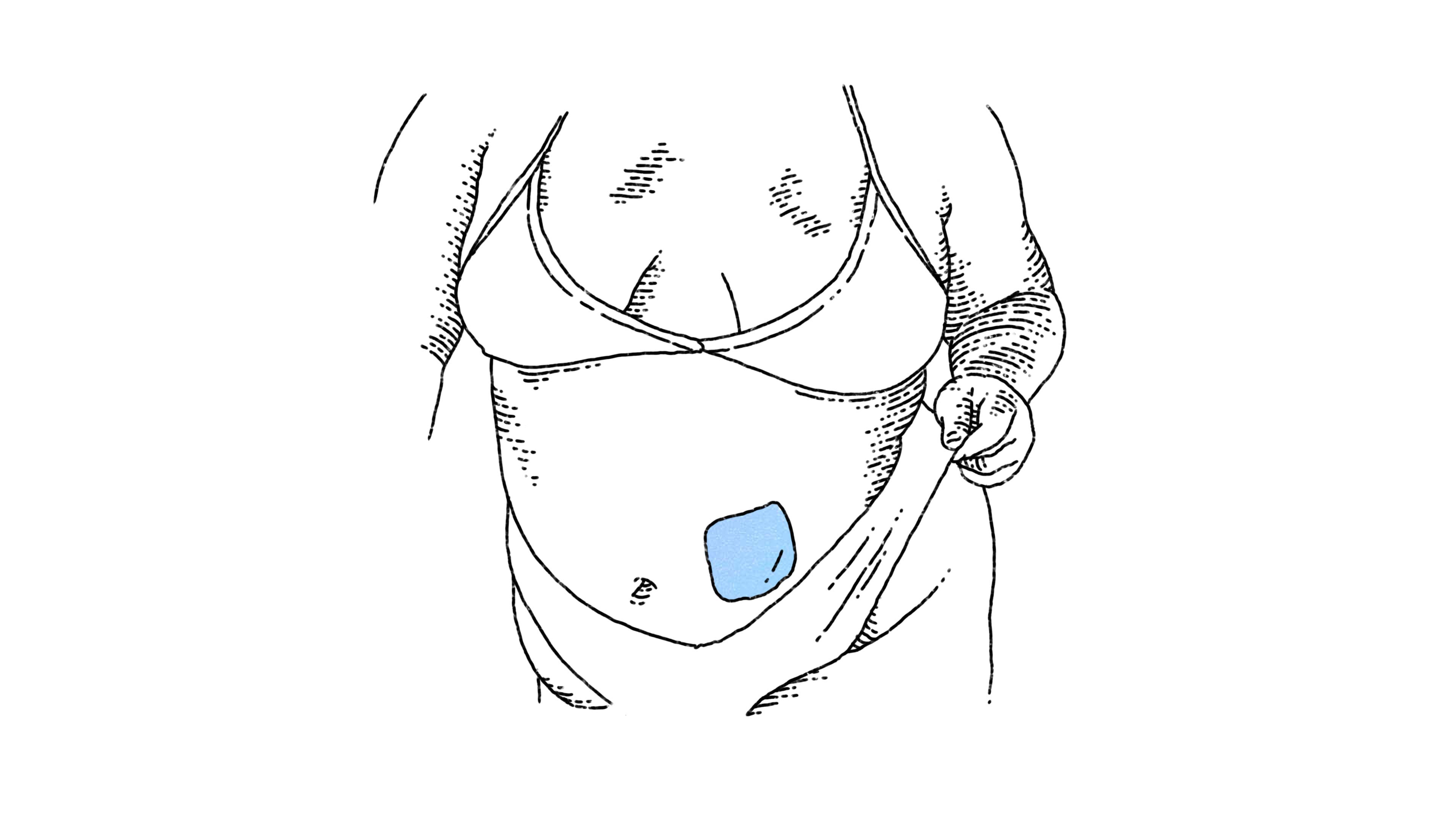 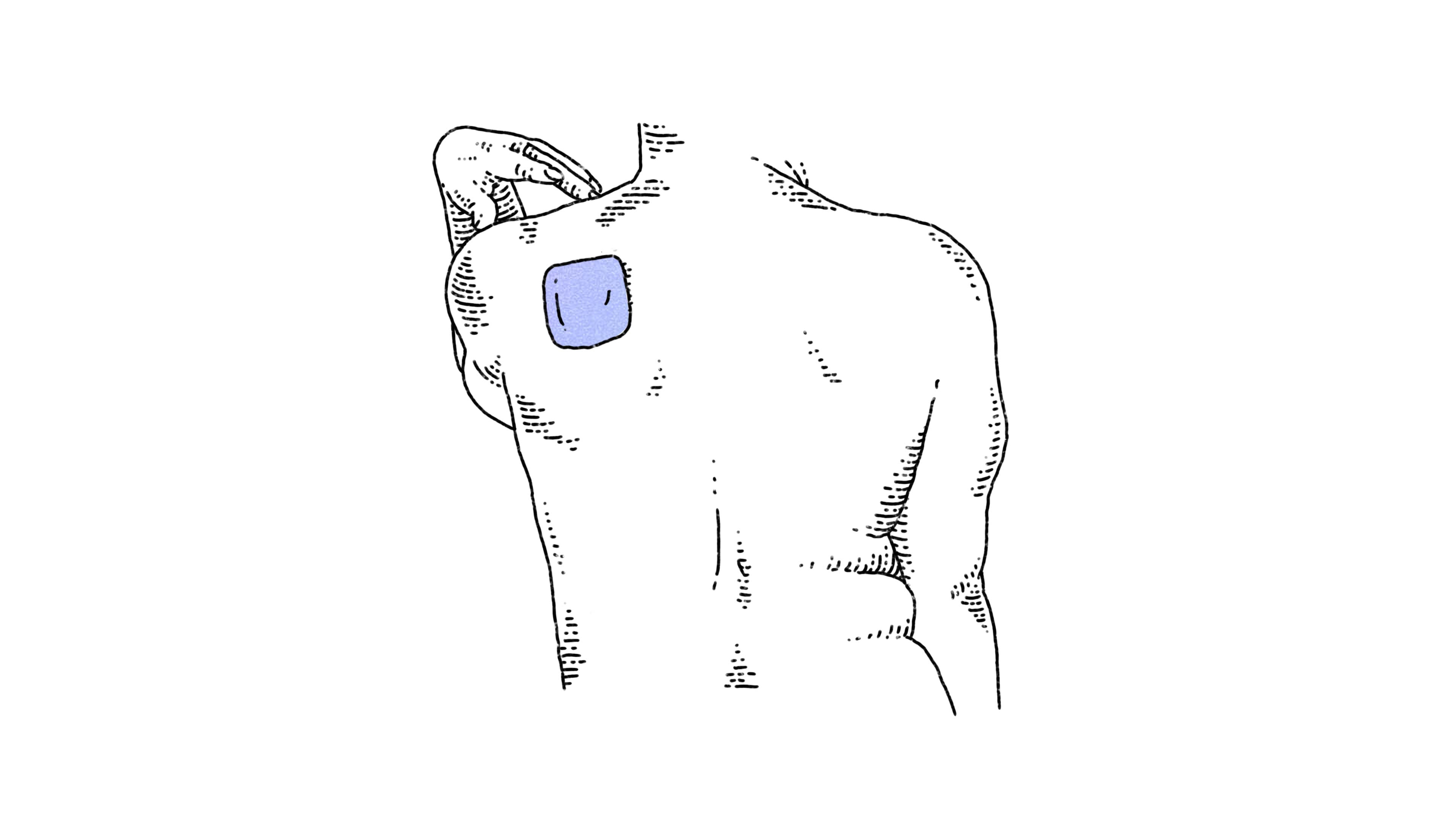 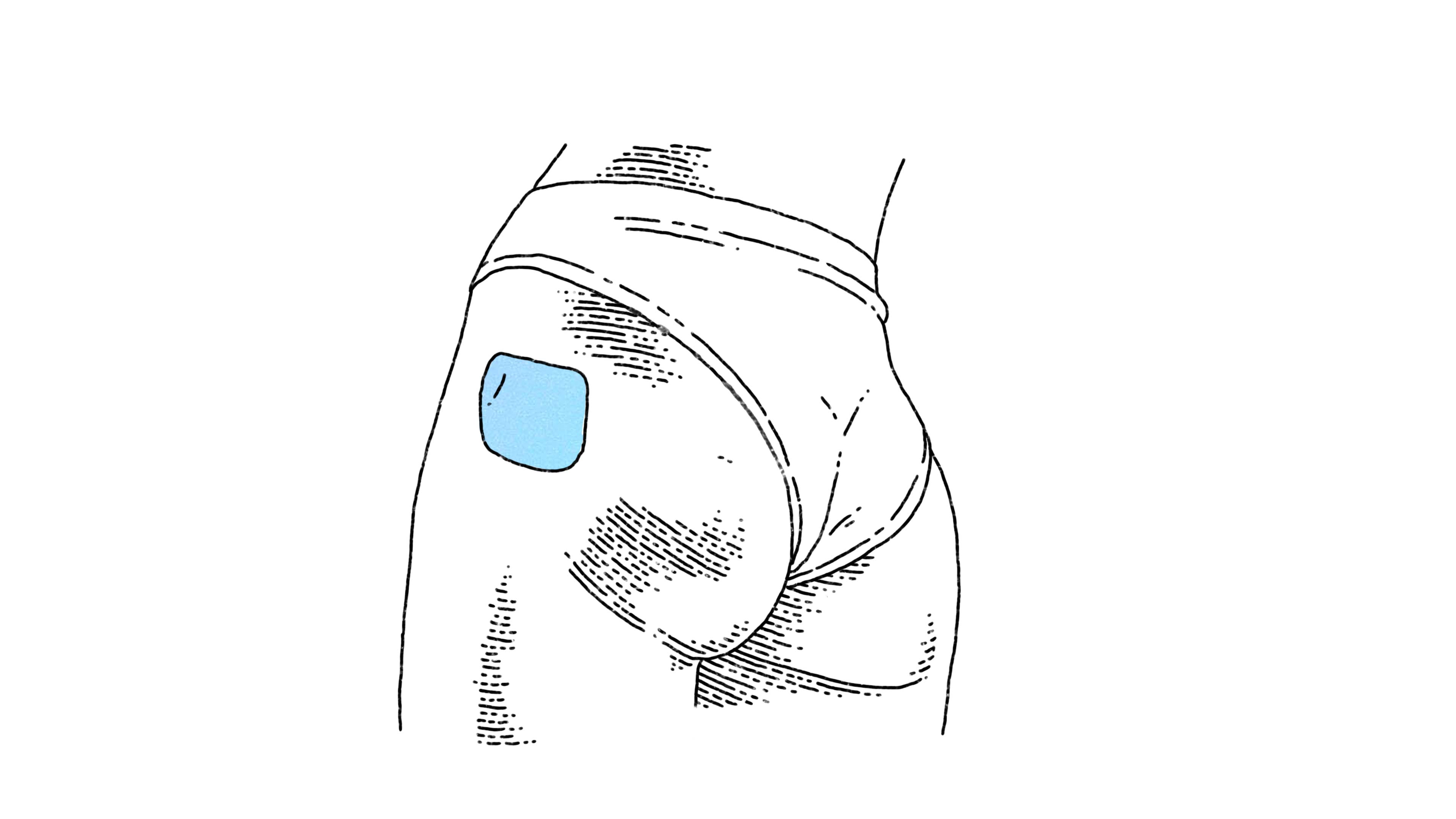 Upper arm or thigh: but it’s important to note that with how much these limbs may move on a daily basis might lead to the patch unsticking sooner than preferable. 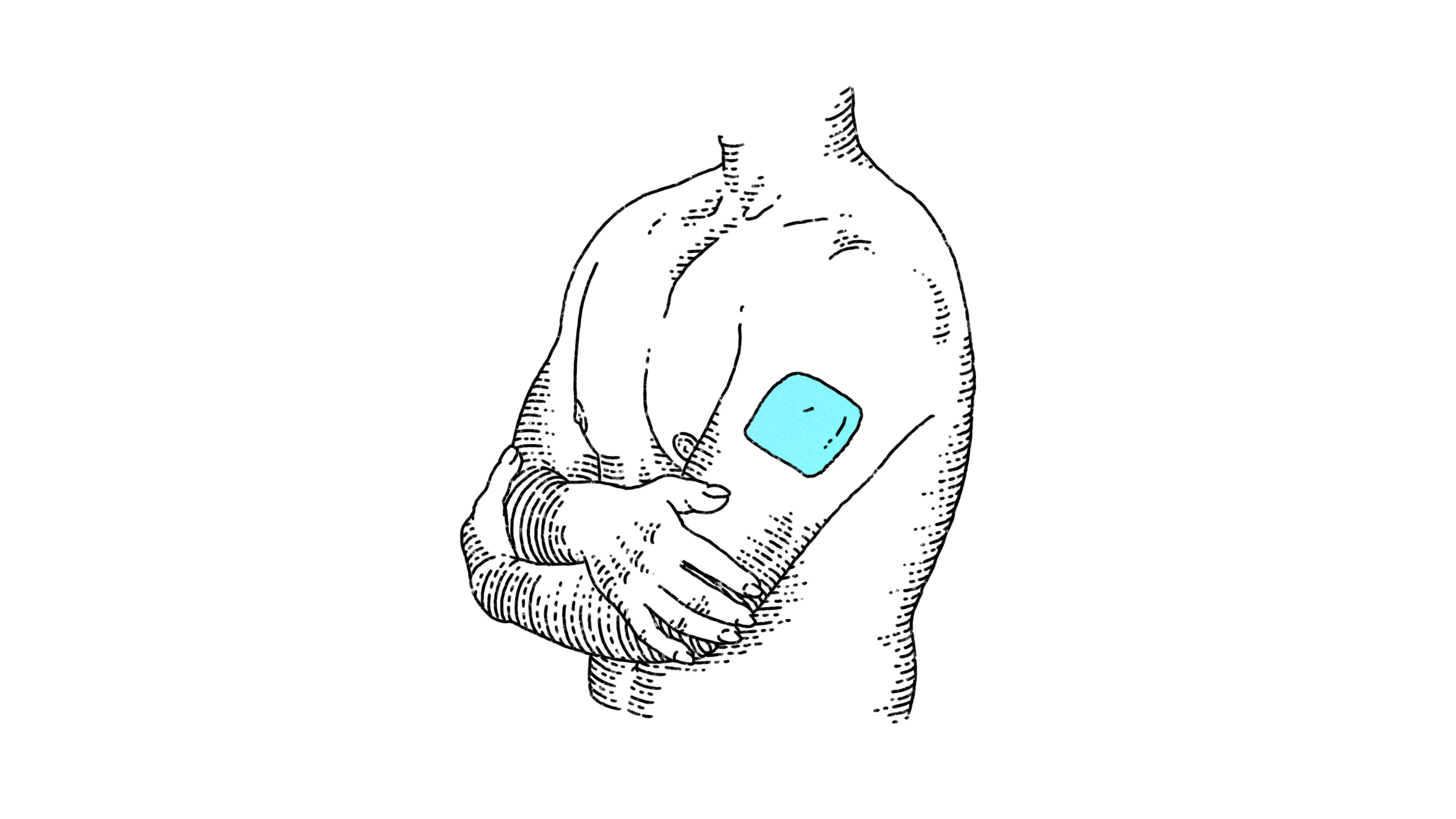 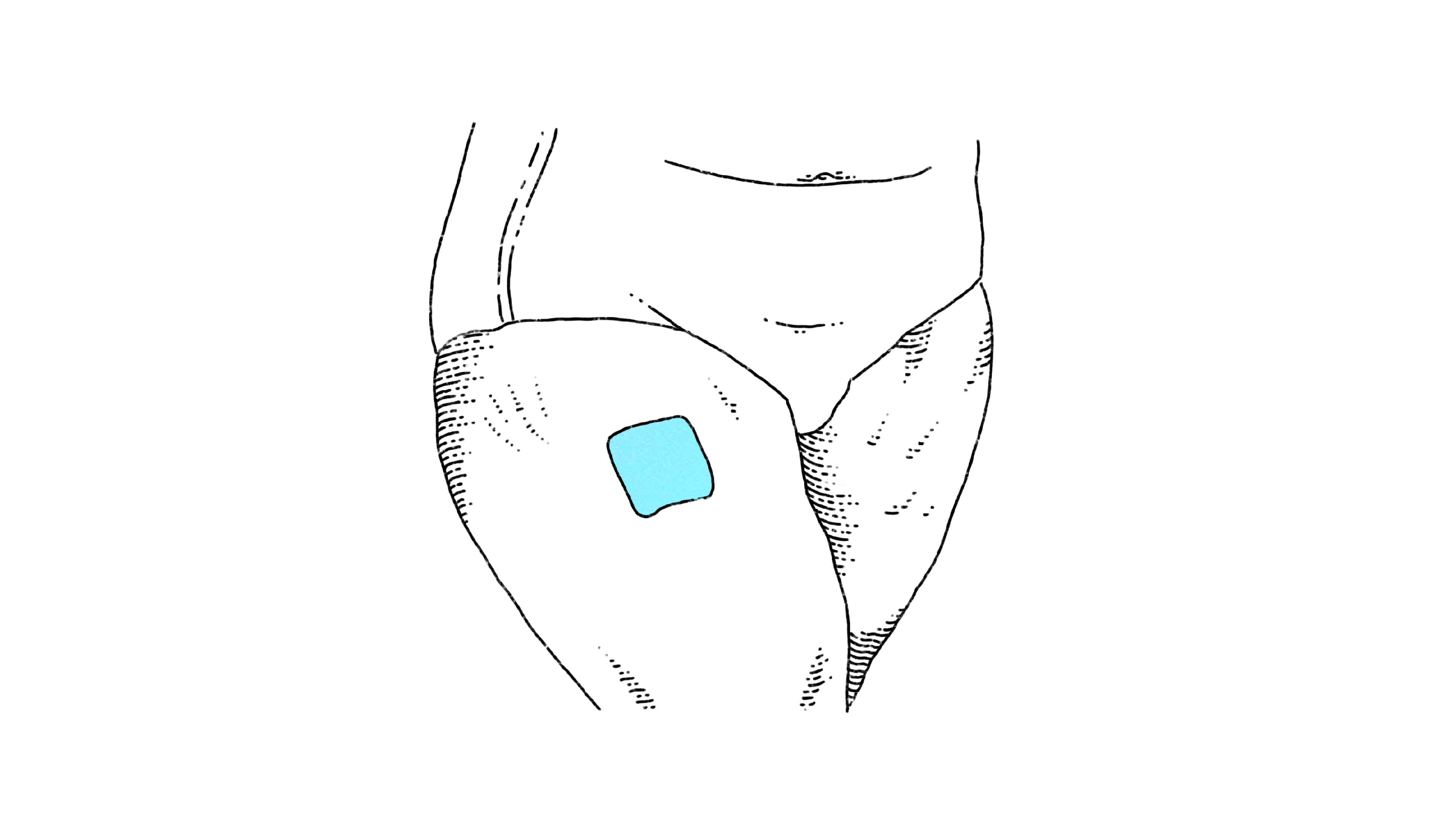 There are a few things to watch out for when applying patches:

Once you have a clear spot, applying the patch is easy as!

Lastly, it’s important to use a new spot each time to give the last area time to breathe.

Try not to use the same spot for at least a week after taking a patch off. Some skin irritation or redness under the patch is common after removed, which is why switching spots can be helpful.

Unfortunately, estrogen patches just aren’t as sticky as we want them to be, but there are some ways to help.

Estrogen patches are waterproof, and although they can be used in the shower or during a particularly sweaty workout, they tend to stop sticking well after a few days. If a patch isn’t sticking to the body for the duration of time the prescription has stated, there are a few tips and tricks:

If an estrogen patch comes off completely, first try to re-apply it to a new clean, dry spot if it has some stickiness left. If it is no longer sticky, use a new patch. If you end up using more patches because they’re not sticky enough, make sure to let a provider know, as this may lead to needing a refill early.

However and wherever the patch is being applied, we can always use lab data on estrogen levels to determine how much is actually getting absorbed, and make adjustments to dosage accordingly.

For those ready to get started with FOLX for estrogen, the process begins here. For existing FOLX members with questions about their dosage, don't hesitate to message or schedule time with a clinician. And for those who’ve just got some more questions, read up on estrogen here, and feel free to reach out to us at thelibrary@folxhealth.com.

Where & How to Best Apply Testosterone Gel

The PrEP Patent Expiration & What FOLX is Doing With It