Navigating Activities That Can Transmit HIV

Some activities have a higher likelihood of transmitting HIV compared to others, so knowing what those are can help to remain negative.

Something that can't be said enough is that being HIV-positive is nothing to be ashamed of.

Sadly, we have decades of homophobic rhetoric that has stigmatized those with HIV inside and outside of the LGBTQIA+ community. The reality is, those with HIV can live long, healthy lives with the advent of antiretroviral therapy (ART).

This isn’t about “risk.” This is about health.

For those who are HIV negative and who would like to remain HIV negative, there are benefits to understanding how HIV is transmitted, which activities post the highest likelihood of getting HIV, and what additional methods can help maintain HIV negative status.

HIV is transmitted through bodily fluids.

People can get HIV by coming into contact with someone else's bodily fluids. The body fluids HIV lives in are blood, semen, pre-ejaculate, vaginal fluids, rectal fluids, and human milk. To get HIV, these fluids would need to come into direct contact with the lining of internal organs/body parts (such as the vagina or rectum/anus), an open cut or wound on the skin or inside of the mouth or nose, or be injected into the bloodstream.

The chances of becoming HIV positive are the most extreme through receiving a full blood transfusion, though this is extremely rare given the testing most blood donations go through.

Below are the likelihoods of acquiring HIV from someone who is HIV-positive, without any preventative measures: 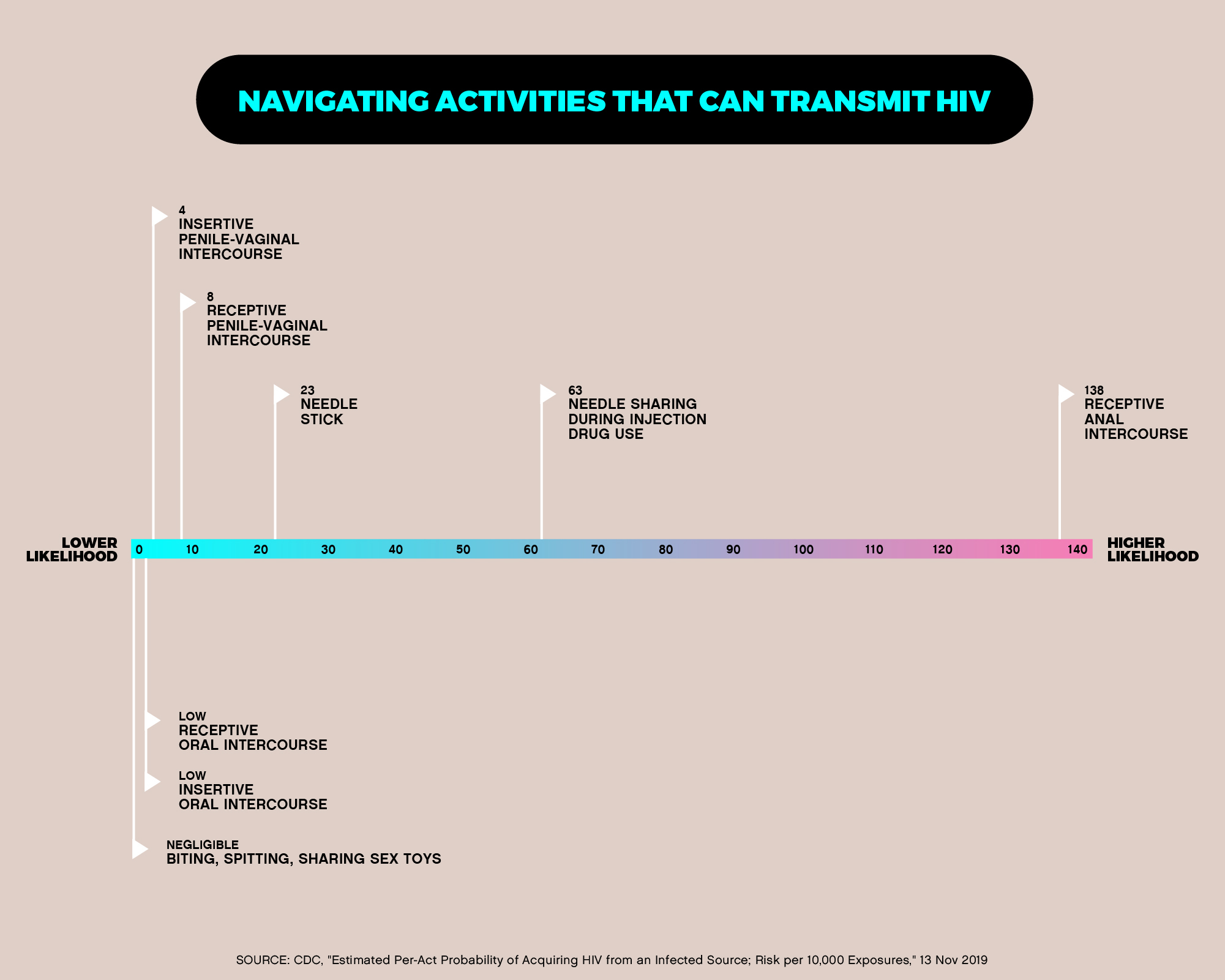 There are many measures that can help someone remain negative for HIV.

Even if someone is participating in any of the activities listed above, there are plenty of ways to lessen the chances of acquiring HIV:

For good measure: there are a handful of myths still floating around about where someone may get HIV, so let’s dispel those.

People cannot get HIV from:

The PrEP Patent Expiration & What FOLX is Doing With It

The Complexity of Eating Disorders in TGNC Community