5 Tips on Coming Out as Transgender to Our Immigrant Families

Image is illustrated by Hugo Alberto.

The LGBTQ+ community narrative has shifted in the past decade. More and more queer and trans people are visible on television shows, movies, and ad campaigns, paving a way for others to live as their true selves. Transgender identities have seen a blossoming the past few years, accelerated up by the concentrated time we all spent with ourselves during the global pandemic and teleheath access to hormone replacement therapy. Still, coming out as transgender to your family members can be a nerve-wracking experience even if you’ve come out to them, as something else, before.

Opening up the “Transgender Box” often leads to a lot of questions, both for yourself and for your parents or other family members. The topic of pronouns might come up. You might have to explain the difference between gender identity and sexual orientation. Or the fact that just because you’re transgender, it doesn’t automatically mean you’re going to get gender reassignment surgery. These conversations can be even more challenging if your parents don’t speak English or are coming from a different culture.

Have your support system ready to hold you before, during, or after your coming out

Whether it’s your first, second, or third time coming out to your parents, the process of inviting them into more of your life can feel challenging, especially if you expect the conversation might be a difficult one. If you can, bringing a friend or someone from your chosen family is a great way to have a secure support system during the conversation. If that’s not possible, or if you choose to keep it in the bio-family, have your girls/boys/theys and fam on speed dial. There’s nothing like a bestie hyping you up before a pivotal moment in your main character journey or being there right after the fallout.

“I’d call my cousin every time I got in a fight with my parents about my pronouns or for misgendering me,” says Yên, an actress and model with Vietnamese refugee parents. Her cousin was the first person in their family they came out to and now the relationship grounds Yên in her truth.

“They reassure me there’s nothing wrong with me,” says Yên.

There are also online communities and support groups hosted by PFLAG, The Trevor Project, and your local LGBT center. The Trevor Project and Trans LifeLine have crisis hotlines that you can chat with, text, or call anytime.

Communicate in your parent’s native language

Lucas was born in Cuba to his Cuban parents, and even though they’ve been in America as a family for 15 years, his parents speak Spanish, exclusively. “I had never been exposed to the language of explaining my transness and queerness in Spanish, no matter how fluent I am,” says Lucas when recalling the time he came out to his parents as a trans man. This led him to research resources online that were in Spanish and he eventually found a guide from the Human Rights Campaign in his mother tongue. He discovered new language from the guide and built a more well-rounded vocabulary to communicate his queer and trans identity to his parents.

Speaking our parent’s native language can create a safe space for them to understand in their fullest capacity, but that oftentimes creates a challenge for us, the kids. Many of us have the privilege of the English language, which is one of the most flexible languages in the world, and in many cases other languages don’t have these newer words.

Trying to explain they/them pronouns or what trans femme means pushes us to think of all the other words that help to define these newer terms. We have to get creative in the ways that we communicate, and that is also a gift that gives beyond the coming out experience.

Yên’s parents had a hard time understanding their they/them pronouns because Vietnamese doesn’t have as many nuanced words compared to English. After coming out as gay and then non-binary, Yên now identifies as a trans woman and trans femme. She/her pronouns have been much easier for her parents to understand and use when addressing her.

“It’s disheartening at the same time though because it was difficult for them to understand the gender-neutral pronouns,” confesses Yên. But now that her mom is meeting more non-binary people, she’s getting better. 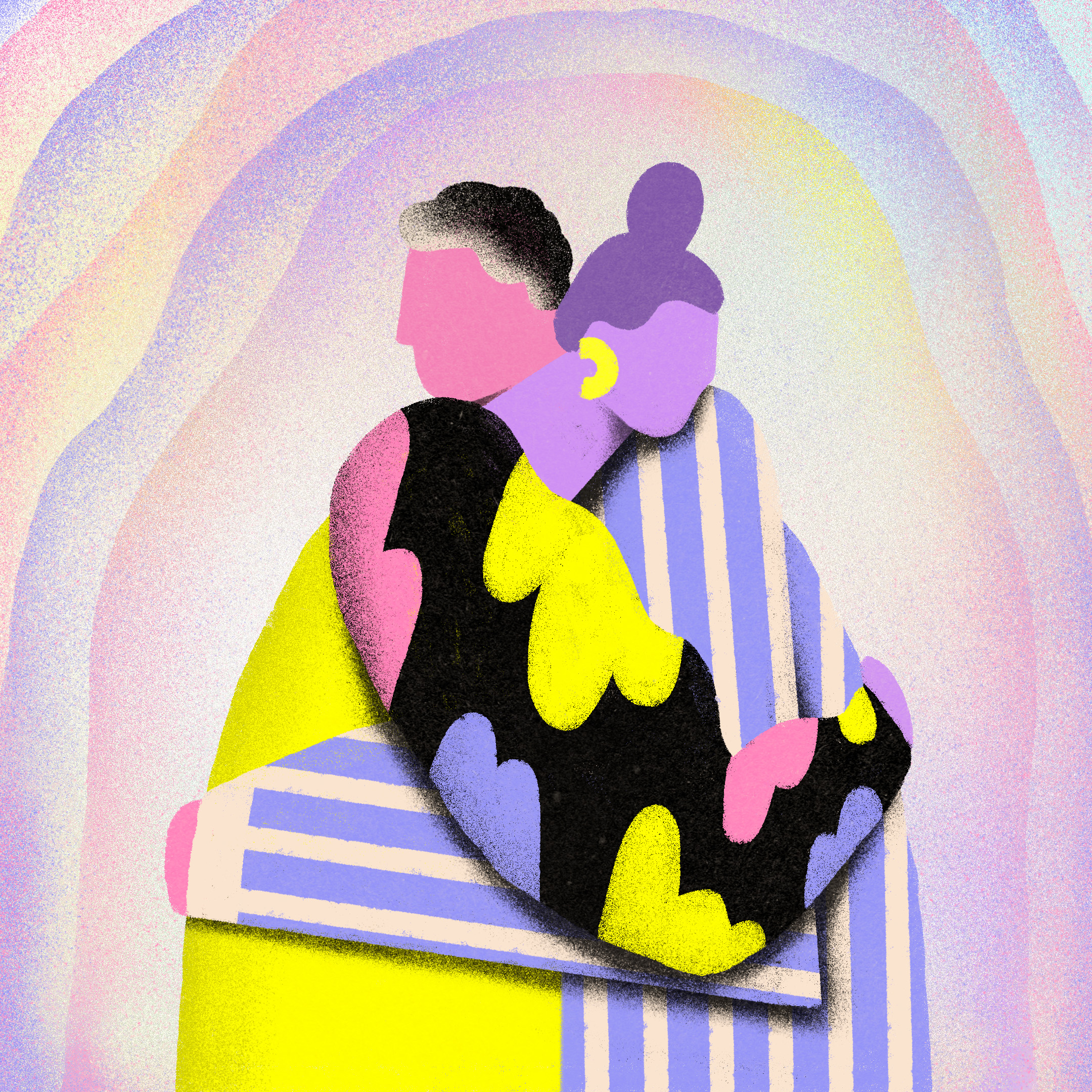 Introduce your family to as many transgender people as possible

We can all agree that generational gaps make a huge difference, especially when it comes to transgender representation. Many of our parents grew up with limited trans narratives, plain and simple. The few times they’d encounter a transgender person would be through televised programs that often placed transitioning as the butt of a joke or a spectacle.

“My parents were concerned about what my transness meant for my future,” says Lucas. While he was living with his parents in Miami he reached out to the Yes Institute, a non-profit organization that provides education on gender and sexual orientation with the mission to prevent suicides. He shared his challenging experience with them  of coming out as transgender to his parents who don’t speak English. A trans man on staff volunteered to have a conversation with Lucas’ parents, even though he didn’t speak Spanish. A translator would be there to act as the medium.

“It had such a large impact to see a trans person in front of them living a pretty normal life,” says Lucas. That encounter shifted his parents' perspectives “in ways that no conversation that I had with them prior to that did.”

Be okay with the reality where your family members accept you, but do not fully understand you

A common thread with everyone that I spoke to was the conclusion that we can only really meet our loved ones where they’re at. The reality is that we all have our own range of comprehension whether that’s the difference between gender identity and sexual orientatation or quantum physics.

Most of our parents grew up in a world where only two genders were recognized by mainstream society, and it’s hard to suddenly shift perspectives when they’ve seen the world a certain way for 40, 50, 60 years. They might not understand what genderqueer means immeditately, but by breaking down the concept of the gender binary and introducing them to this grey zone is the first stone to lay down on the road to expanding their view of gender identity, sexuality, and queerness.

Slow and steady makes for a sustainable relationship

J. Cagandahan, a non-binary trans femme, used the gender unicorn when describing the nuanced differences between gender identity, gender expression, biological sex, physical and sexual attraction to his Filipino mother. It’s also what she uses when speaking about gender identity to co-workers.

“I think when it comes to her own child it’s harder for her to comprehend it,” says J. Despite Filipino culture having believed in third and fourth genders prior to colonization, his mom was raised Catholic and was taught that there are only two genders.

It’s a work in progress for our parents just as it is for us. J’s mom refers to J as her son to other people. It comes down to our parents not being equipped to have that conversation with their friends, family members, and acquaintances. They are learning all this new information and vocabulary in real-time and it will likely take a while for them to fully understand and assimilate that knowledge into their everyday lives.

“Most recently on mother’s day, she said it was nice to have a mother-daughter day,” says J about his relationship with his mom.

Whether it’s your first time coming out or your third, the process of showing up as your truest self in front of your parents is a big one. It’s a part of your growth journey, like a caterpillar cocooning before becoming a butterfly. And now, the language of coming out of the proverbial closet is becoming replaced with phrases like “inviting in''. Culturally, we’re less focused on exposing this secret identity and instead emphasize the invitation of others to be a part of your beautiful, authentic life.

If you’re new to FOLX and interested in gender affirming healthcare, learn more about our estrogen and testosterone offerings. If you have additional questions, please contact support@folxhealth.com. FOLX members with questions about mental wellness are encouraged to reach out to their clinician.