LET’S COLLECTIVELY BUILD A FUTURE WHERE WE ALL THRIVE

The Anti-Founder Story: GC2B’s Focus on the Queer and Trans Community

In this period of late-stage capitalism where everything (including our identities and DNA) is commodified by just about anyone, I wonder: can companies ever be good?  Brands and corporations speak social justice fluently in their Instagram “We stand with you” letters but will turn around and exploit those same marginalized groups for profit. And if they aren’t called out by former employees for mistreatment at the workplace, there is likely an egomaniac CEO or co-founder that tarnishes a company’s reputation, or worse, drives it to the ground as seen in The Dropout, Hulu’s newest series on Theranos founder Elizabeth Holmes, portrayed fantastically by Amanda Seyfried.

Well, I’m here to report that yes, companies can still be good in 2022—if they’re led and operated by the right people.  Marli Washington founded GC2B in 2015 to address a critical gap in the market, a need that Marli himself had: chest binding. At that time, most compression tops and chest binding devices were designed with cis men in mind and for many transgender, non-binary, and intersex peope, options simply didn’t exist. Rocco Kayiatos, founder of Original Plumbing and Camp Lost Boys, recalls using Ace bandages and duct tape to bind his chest back “in the dark ages'' when fancy binders didn’t exist yet, especially for trans masc guys. Today, masculine of center people can choose between GC2B, TomboyX, and Urbody, to name a few.

What makes GC2B special is that the brand doesn’t revolve around Marli or even revenue numbers. Yes, both of these things are important in their respective ways, Marli for being a trans founder of a brand, and of course revenue always allows business to keep growing. However, at GC2B, the motto is “beings before business,” says Carmen, head of philanthropic programming at GC2B.

They also call it conscious capitalism and it’s a rather simple concept: if the brand is making money, it also needs to redistribute money. When Carmen joined the team in 2018, they noticed a huge number of binders that were being returned because they weren’t the right size or color. Rather than throwing them away, Carmen decided to start donating these to LGBTQ+ organizations and from there 2b.care was born. In the past three years, the program has donated over 6,000 binders to gender-affirming groups, churches, hospitals, even high schools, located all around the world from South Africa to the Philippines. They’ve already donated 3,400 binders this year.

“No one’s going to take care of us like we will,” says Carmen. We know this sentiment all too well. We take care of us. It’s this ethos that makes GC2B a successful brand. In an age of cancel culture and microscopic scrutiny over every business move, queer and trans companies can no longer afford to just be good, they must do good. Giving back programs, mutual aid funds, and scholarships are common ways for these brands to give back to their communities. For GC2B, this means donating binders, launching a capsule collection to raise funds for Black queer and trans organizations, and giving the microphone to the community. Most brand stories center around the founder and their journey to creating their business, but we are getting to know the people behind the scenes: the ones packing the orders, speaking with customers, and running day-to-day operations.

Iman has been working at GC2B for a year and a half and is one of the two “Papa Bears” on the customer care team. They echo a feeling that every other person I talked to brought up: showing up authentically to work.

“It’s been incredible to work in a space where I can show up as myself,” says Iman. They didn’t realize how much emotional labor they were via code-switching at their previous places of employment, and now with the extra energy they have, it allows them to be present and available for their own team and customers. They make sure the team has the resources, access, and knowledge to provide proper support for their customers—a lot of them who are living in hostile homes, experiencing gender dysphoria, and navigating transphobia in their families.

They’ve gotten emails from kids who are as young as 12 saying how their parents are not supportive of their identity or don’t have the money to buy a bunder. “It’s our responsibility to give that kid a binder. We make sure folks are taken care of,” Imani says passionately.

Lake, GC2B marketing lead, could never see himself in a binder before. He grew up in a strict Catholic household where queerness never came up in conversation. “It was a very hush, hush thing,” he shares. He came out a few years ago when he was 30—“later in life”, he says—and since then, life has blossomed. He randomly messaged Marli on Instagram and ended up with a job offer at GC2B, which also happened to be walking distance from his apartment. DMing your way to a job - call it destiny or queer and trans culture.

“If I knew a Filipino Brown trans person could help his community and that there's a place for me, it would’ve helped me tremendously,” says Lake. 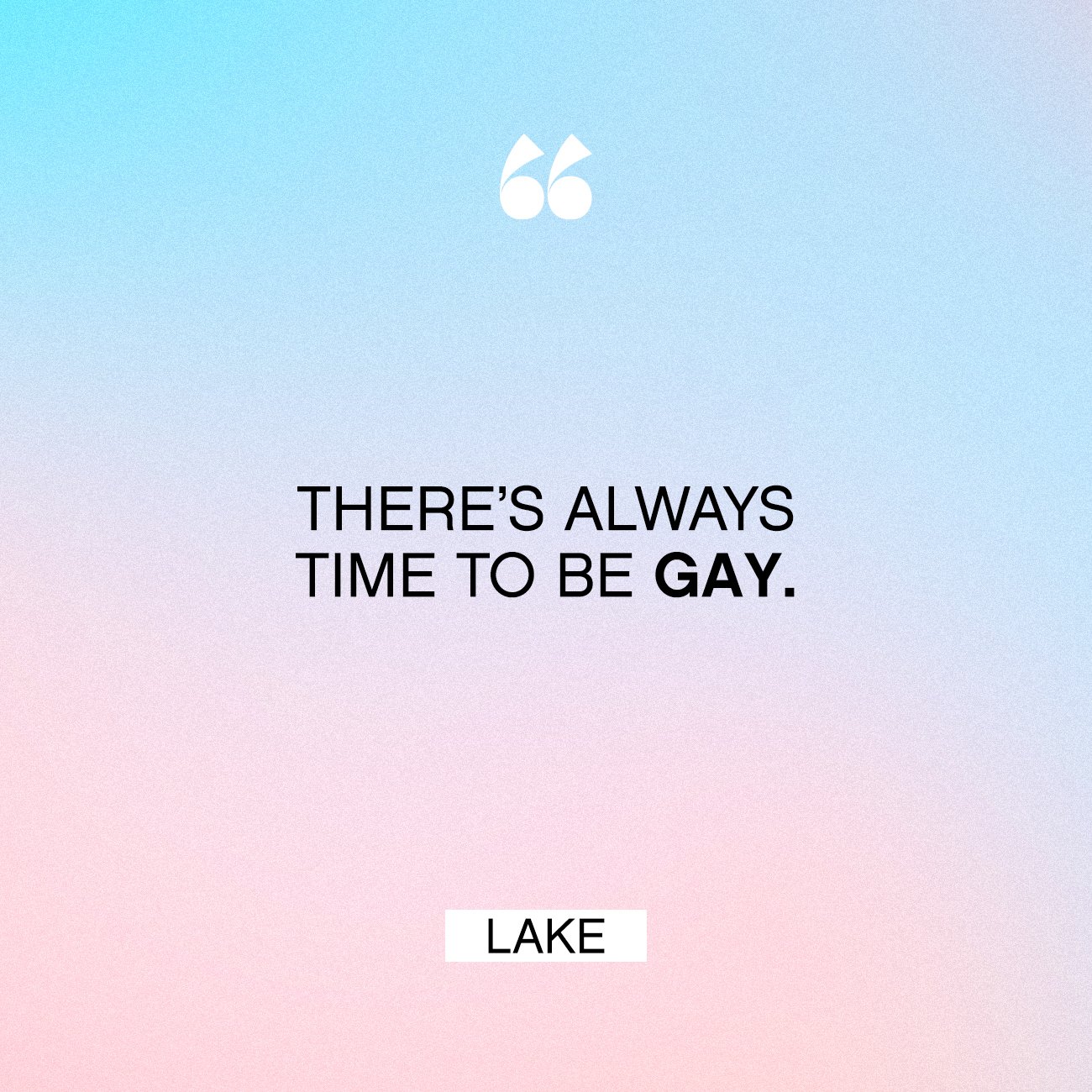 Community sits front and center for GC2B. The brand has over 200,000 followers on Instagram and Twitter combined. On their Instagram page, they frequently post photos of their community members of diverse identities and experiences.

“I’m here to help out the same way that I’ve seen queer elders pave the way for me,” says Lake. For him, that means the freedom to be in your queerness and your body whenever you want. There’s no time limit to coming out. Anti-time limit is queer culture in a society that is built around the cis heteronromative deadlines for marriage, getting a job, having kids, settling down, etc.

The same year Marli launched GC2B, Mani immigrated to the United States from India. Growing up in a non-Western society, the culture shock on arrival was huge. It’s here in the U.S. where Mani learned about self-care. Taking care of yourself wasn’t taught or prioritized in growing up in his culture, and instead was seen as something selfish. “You always have to give,” says Mani, but now he understands “if you do not show up for yourself, you are not taking care of yourself.” Self-care for Mani is not just about feeling better, it’s about healing intergenerational trauma.

When they first moved to the states, Mani tried hard to fit into the Western idea of queerness and what that looked like after being attacked online for his identity as an immigrant and drag artist. Their art is provocative, visually arresting, and very queer. It’s not the usual mainstream image of queerness in the states. “I have my own roots for queer community and that can exist in the same room, too,” Mani says. Carmen recalls one particularly impactful moment during their time at GC2B. The brand was invited to participate in the annual Philadelphia Trans Wellness Conference (formerly known as the Philadelphia Trans Health Conference) and had a booth set up to give binders away to local organizations and attendants.

“A young kid, maybe 13 years old, with his shoulders bowed to make his chest go in came over to us,” says Carmen. His body language said, “I’m ready for a binder”, and when he came out of the changing tent he was a different human being. “He was standing upright with his shoulders stretched broadly, and his smile was so warm. There were tears when our eyes met,” Carmen continues. “Every binder is the story of that 13-year old body.”