The Top 10 Most Iconic Moments in Transgender Healthcare History

It’s easy to forget how far we’ve come until we look back at where we’ve been. Modern transgender medicine has existed for only about a century. In this relatively short span of time, major advances have been made, especially within the last couple of decades. It’s safe to say that access to gender-affirming care has dramatically improved since the days of getting hormones off the street or surgeries in dimly lit rooms.

We rounded up the top ten most important moments you should know for your transgender his/her/theirstory. Read on to learn more.

1918: Magnus Hirschfeld coins the term “transvestite” at his Institute for Sexual Science in Berlin.

Magnus Hirschfeld, known as the father (read: daddy) of transgender healthcare, was a German physicist and sexologist who started his career advocating for gay rights and treating closeted patients wrestling with their sexuality. His work naturally led him to helping out the transgender and genderqueer community. In 1910, he coined the term “transvestite” as a way to medically protect his patients. Then in 1919, in a more liberal environment under the Weimar Republic, Hirschfeld opened up his Institut für Sexualwissenschaft (Institute for Sexual Science) where he began providing hormone therapy, gender reassignment surgery, and post-operative care for his transgender patients.

In comparison to his contemporaries who sought to “cure” transgender people of their supposed mental illness, Hirschfeld supported those seeking their true gender identity and wanted to live as the gender they felt most aligned with, regardless of sex assigned at birth. His therapeutic care model called adaptation theory was one of the earliest versions of informed consent. 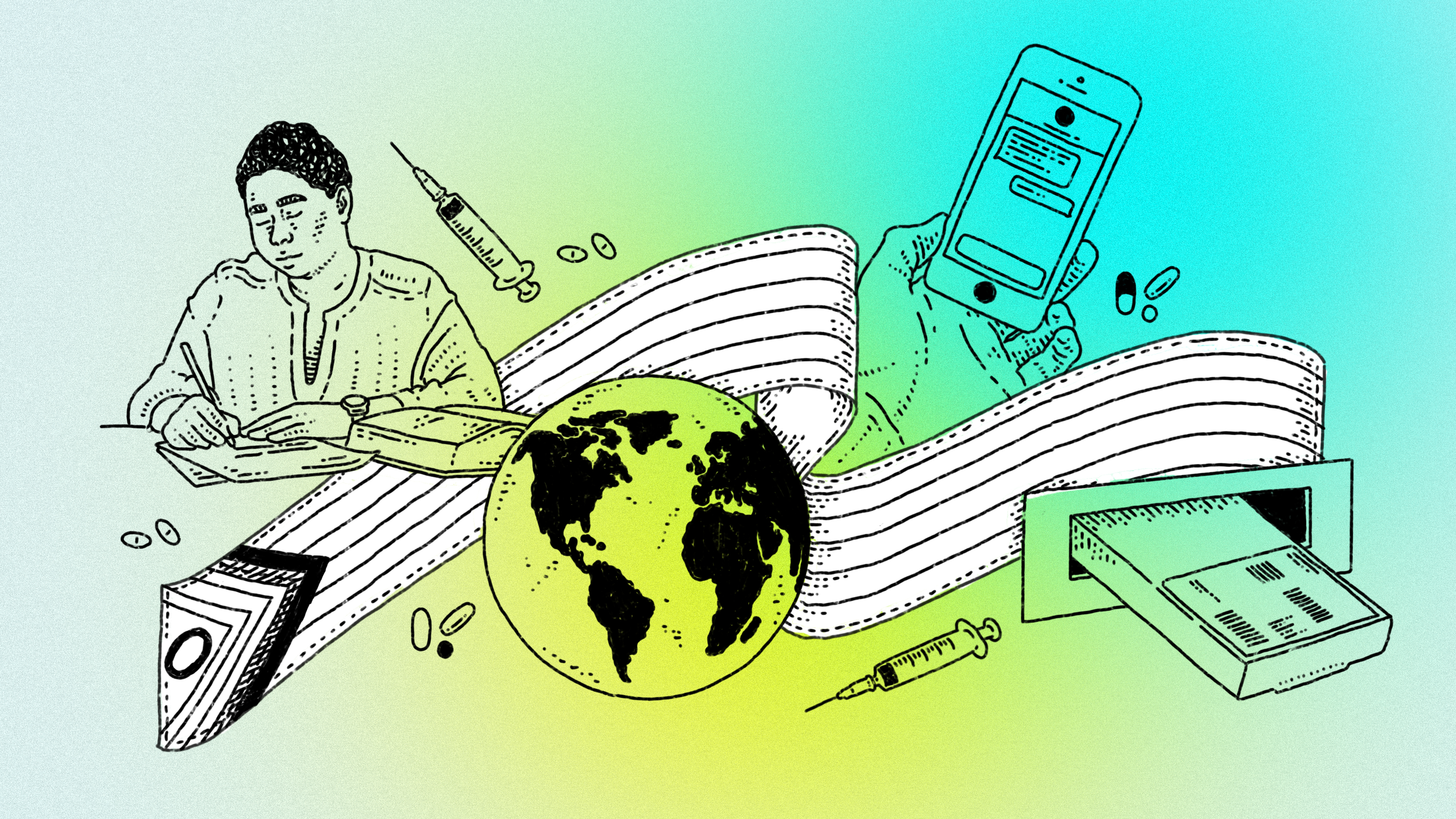 Before Lile Ebe, one of the most sensationalized trans women in history whose story is fictionalized in the film The Danish Girl, there was Dora Richter. Dora (Dӧrchen) left her hometown near the Ore Mountains and moved to Berlin to seek a better life. By day, she worked as a “male” waiter in luxury hotels. While off the clock, she lived as a woman. This double life landed her in trouble with the police several times. After one arrest in 1920, she was released by the judge to Magnus Hirschfeld and work at his Institute for Sexual Science. That turning point was the beginning of the rest of her life.

At the institute, Dora received an orchiectomy and worked as a housemaid alongside other trans women. These women volunteered their bodies for the goal of refining the institute's techniques. Later, in 1931, Dora received the first full reassignment when she was 40 years old.

Alfred Kinsey is known as one of the most influential scientists of the 20th century for his contributions to sexual and gender studies. Next to him is Louise Lawrence. Louise lived most of her early adult life as Lew. After moving to Berkeley and San Francisco in northern California, she discovered and joined a cross-dressing and transgender community. Soon, she became involved in giving talks at the University of California-San Francisco (UCSF) about the realities of her community.

Many people know Christine Jorgensen as the first American to undergo gender affirming surgery. The ex-GI had her surgery done in Denmark and like a Princess Diaries fantasy, she became “transsexual” as assigned by the medical community, but instead began calling herself “transgender”. The rest is her-story.

Around the same time in Taiwan, Xie Jianshun was making her fair share of front page news appearances being dubbed as “the Chinese Christine”. When she was first reported on August 14, 1953, the media called her a “hermaphrodite”. A week later, the headline heard around the world was printed: “Christine Will Not Be America’s Exclusive: Soldier Destined to Become a Lady.”

As all the attention both women garnered earlier in the transgender healthcare revolution proved, visibility and representation matter still today in the gender affirming healthcare space.

Okay, this one’s a double moment because it’s about the American daddy of transgender healthcare, Harry Benjamin.

Benjamin was one of the first doctors to provide care for transgender patients starting in 1948. Around this time, he was referred to work with an individual by Alfred Kinsey. During this period, psychoanalysis was the standard treatment for transgender people—or worse, electroshock therapy or lobotomy. Benjamin refused to believe psychoanalysis was appropriate; he instead began a treatment of hormones and surgery for his patients. He continued to see transgender patients at his Upper East Side office.

In 1966, he wrote the foundation for American transgender health, The Transsexual Phenomenon. Later, in 1978, he played a key role in founding the Harry Benjamin International Gender Dysphoria Association, now known today as the World Professional Association for Trasngender Health (WPATH).

Christine Jorgensen became a patient of his in 1953. Together, they normalized the word “transsexual” in American discourse. “[Benjamin] was simultaneously their hormone physician, a psychiatric counselor, a referral service, and even an inspirer of networks,” says Leah Cahan Schaefer Ed. D. and Connie Christine Wheeler Ph.D of the NYC LGBT Historic Sites Project.

1980: Gender Identity Disorder is added to the DSM-III to improve access to care for transgender individuals.

With the development of Benjamin and his peer’s work, “gender identity disorder” was added to the Diagnostic and Statistical Manual of Mental Disorders, Third Edition (DSM-III) in 1980. This addition allowed transgender people to access care under a diagnosable medical condition. This, however, still categorized transgender people as having an illness or health issue when in reality, they were dealing with gender-identity induced stress and the pressures of society enforcing gender norms. It wasn’t until more than two decades later that the language started to shift. 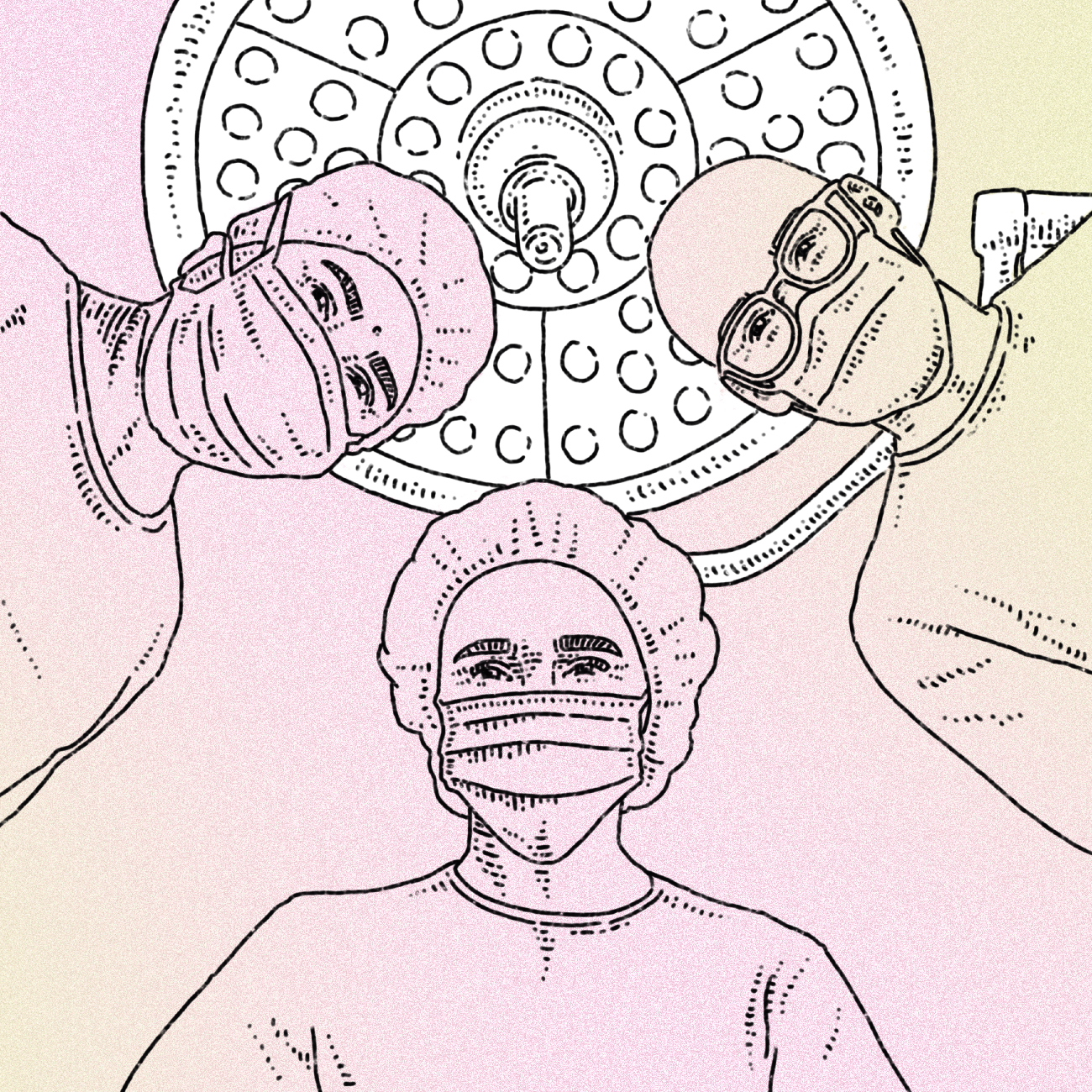 In 1981, the Department of Health and Human Services banned all Medicare consideration of transgender health care, according to Bloomberg Law. However, this ban was lifted in 2014 and therefore, Medicaid was required to cover gender-affirming surgery.

Around this time, FOLX Director of Clinical Onboarding & Operations D’hana Perry worked at the Callen-Lorde Community Health Center in New York City. Suddenly, they saw more transgender patient cases come across their desk than ever before.

“All of a sudden, it became apparent that no one was prepared for gender-affirming surgery,” explains D’hana. “And I mean, no one. The patients weren't prepared, insurance companies weren't prepared, the staff were not prepared.” This crisis was exacerbated by the viral nature of the internet and social media, which allowed information around this ruling to spread instantly, causing an influx of patients pursuing gender-affirming surgery.

Over the past few years, transgender medicine and overall LGBTG+ healthcare has transformed into a 21st century model. FOLX was one of the first providers to bring gender affirming care completely online through telehealth. Ever since, it’s revolutionized the community and its access to healthcare.

On top of better access to gender affirming care—though not always the most financial viable for everyone—the global COVID-19 pandemic allowed many transgender, non-binary, and gender non-conforming people to flourish in their authentic identities, away from outside perception and performativity. For instance, many trans and nonbinary eggs were hatched in quaratine. As we combat new variants and obstacles to equitable healthcare, there’s lots of room for growth within gender affirming care; though, we’re happy to fight together here at FOLX.

2079: Gender-affirming care is completely normalized and every healthcare provider is trained to be trans-affirming.

This one is more of an optimistic prediction for the future, but there’s no harm in dreaming, right? Even with all the attacks on transgender lives and healthcare right now, the fight has been around forever—and look how far we’ve come in just over 100 year.

The FOLX Team Shares Their Coming Out Stories